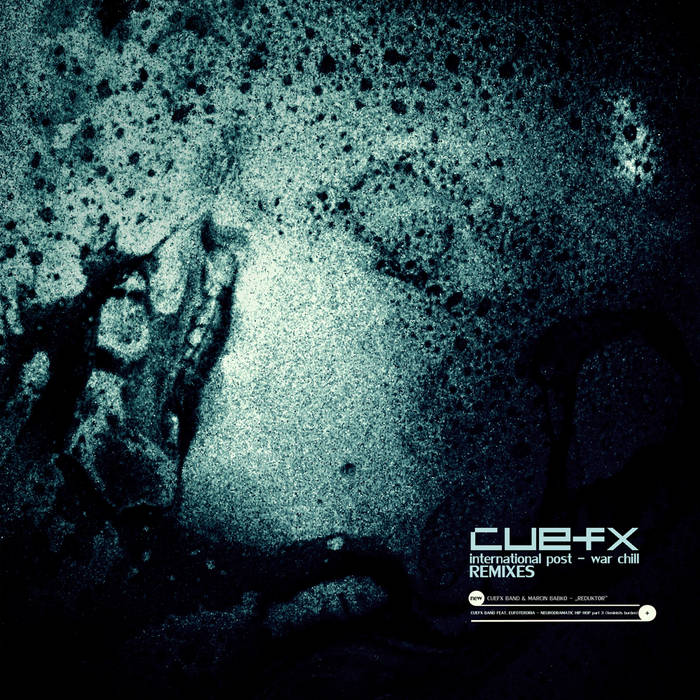 Last winter was exceptionally rich in interesting recordings and important premieres for Export Label. After Blossom’s debut album Blue Balloons which created quite a buzz, there was the premiere of ‘International Post-War Chill’ by Jacek Latoń, aka Cuefx. The latter is not only a nu-jazz album, it is also the most ambitious item in both the author’s and Export Label’s discographies. The abundance of experimental sounds and musical themes allow the listener to interpret and re-interpret the content of the album and of each individual track.
“Musically it’s all about jazz, ingeniously mixed with abstract hip-hop in a very illustrative way that brings to mind a film score. Echoes of New York experimental scene can be heard on this album; illbient, Laswell, DJ-a Spooky or The Blue Series, that actually connect the hip-hop and jazz scene, all seem to have inspired Cuefx as much as Scandinavian nu-jazz has.” That’s what Bartek Chaciński (Polityka) had to say about the album.
Nearly a year has passed since the release of the album. It is time for the next step: International Post War Chill Remixes. The most interesting takes on the original tracks have been selected in the course of a contest. "Who Wants A Bomb", "25 Years Of True Love", "Neurodramatic Hip Hop", "International Post-War Chill" and "Re-Manhattan Blues" are among the remixed tracks. All in all the album features 9 never before published remixes and two bonus tracks – the results of Cuefx Band’s cooperation with Marcin Babko (hipiersoniK, Muariolanza) and with Eufoteoria.